A lot of countries have established legal limits for residues of veterinary drugs in food. According to the Agreement on the Application of Sanitary and Phytosanitary Measures (SPM) and Agreement on Technical Barriers to Trade food safety standards for veterinary drug residues established by the Codex Alimentarius Commission are the reference points in international trade. Thus far, Codex established MRLs for about 50 veterinary drugs. Once accepted member states of Codex are expected to implement these MRLs in national (or community) law. Deviations from Codex MRLs are possible but have to be substantiated with scientific proof of risk.

MRLs for residues of veterinary drugs in the EU

Maximum residue levels (MRLs) for residues of veterinary drugs are set at the EU level. The European Medicines Agency (EMA) evaluates all applications for MRLs. The summaries of these scientific risk evaluations are published at the EMA website under ‘veterinary medicines’). The evaluation procedure is laid out in Regulation (EC) No 470/2009. The EU MRLs are listed in Table 1 of the Annex of Regulation (EU) No 37/2010.

Only veterinary drugs containing pharmacologically active substances for which MRLs have been set (or for which the conclusion was that no MRL is required) are allowed to be authorized by EU member states for use in food producing animals, and then only for use in those species for which MRLs were set.

Missing species in the list of MRLs in Table 1

MRLs are established only for those food producing animals for which an application is made. For instance, in Table 1 in the Annex of Regulation (EU) No 37/2010 MRLs can be found for residues of abamectin in target tissues of bovine and ovine, but not in milk, poultry, swine or any other products of other food producing animals. This means that a) veterinary drugs containing abamectin cannot be authorized for use in for example poultry in any member state of the EU and b) residues of abamectin should be absent (‘zero tolerance’) in tissues of poultry.

Missing substances in the list of MRLs in Table 1

If a substance that can be used as a veterinary drug is not listed in Table 1 in the Annex of Regulation (EU) No 37/2010 this means that a) veterinary drugs containing this substance cannot be authorized for use in any member state of the EU and b) residues of this substance should be absent (‘zero tolerance’) in tissues/products of all food producing animals.

Substances explicitly forbidden to use as  veterinary drugs in the EU

Furthermore, Council Directive 96/22/EC prohibits the use of thyrostatic substances, stilbenes, stilbene derivatives and their salts and esters, oestradiol 17 β and beta-agonists in food producing animals for growth promotion. Note that for other purposes some hormones and beta-agonists are allowed to be used, these are listed in Table 1 in the Annex of Regulation (EU) No 37/2010.

Action limits for forbidden or not listed substances

For some substances that are not allowed to be used in food producing animals ‘action limits’ were set for the control by official laboratories. These substances are:

EU Regulations, Directives and Decisions can be found as pdf-files at the Eur-lex website. To obtain the consolidated versions click on ‘simple search’ then on ‘consolidated text’, and enter the year (xxxx) and the number of the Regulation respectively the Directive. To obtain the original documents you should search using ‘natural number’, make sure then that you also search for potential amendments. 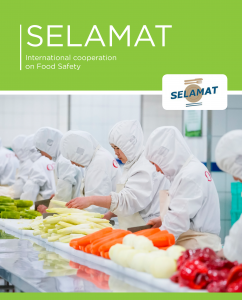